MAviO held the first ever online aviation conference and awards 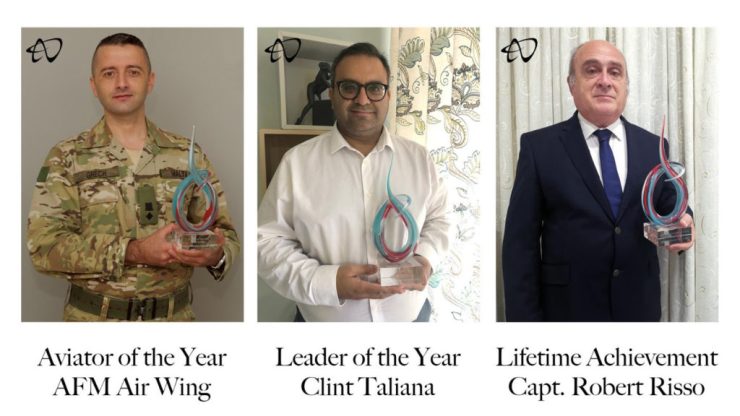 During late September, more than 100 delegates convened online to discuss and follow the first ever virtual aviation conference held in Malta. The event was supported by Enemed together with Malta Industrial Parks, Malta Enterprise and Malta Air Traffic Services.

The response to the conference has been extremely positive. MAviO CEO, Marvic Bugeja, explained how the MAviO board worked closely with technical partners Radiosity Alpha to create a unique virtual platform. The chatrooms proved to be an excellent medium for discussion, with the MTIP chatroom moderated by Captain Charles Pace seeing a flurry of activity from local c-level executives as well as potential new operators setting up an AOC on the island.

Joe Ciliberti and Richard J. Caruana contributed historical snippets that set the conference apart from the usual dragging webinars and list of endless speakers. The highlight of the online conference was the award giving ceremony. The Aviator of the Year Award went to the Air Wing AFM. The award was handed over to Commanding Officer Lt.Col. James Thomas Grech. The Head of the Flight Operations Inspectorate at Transport Malta – Civil Aviation Directorate Clint Taliana was awarded the Leader of the Year Award. Clint has played a major role in attracting and keeping a number of key players on the Maltese Aircraft Register. The much coveted Lifetime Achievement Award went to Captain Robert Risso who has had an illustrious career and is considered to be the distinguished forefather of Crew Resource Management in Malta. Robert Risso has set a new record in that he is the nominee who received the highest number of nominations ever since the awards started in 2012.

The MAviO Conference and Awards will return on 3rd May 2021, to celebrate in style the 10th anniversary of Malta’s biggest aviation conference.