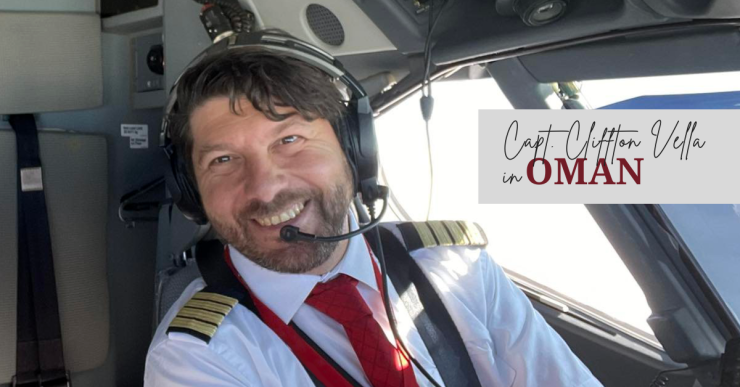 Mosta raised Captain Cliffton Vella has rejoined Middle Eastern carrier Oman Air after a short spell flying in Europe for a major charter carrier. Captain Vella is the only Maltese to have ever flown for the Muscat based carrier. He graduated from Oxford Aviation Training wayback in 2007 and joined FlyBe as a First Officer where he initially flew their Embraer E-Jets and subsequently moved to the Q400, In 2011, he went on a wet-lease contract flying the Embraer regional jets at Gulf Air . At the time the loss-making airline was going through a major transformation with the running of the show being largely taken over by Jordanian aviation professional Samer Majali after the controversial James Hogan was shown the door.

In July 2022, Captain Vella was one of a handful of expatriate captains to be recalled back by the senior management team at Oman Air. Besides his piloting career, Cliffton is also involved in an array of aviation initiatives.