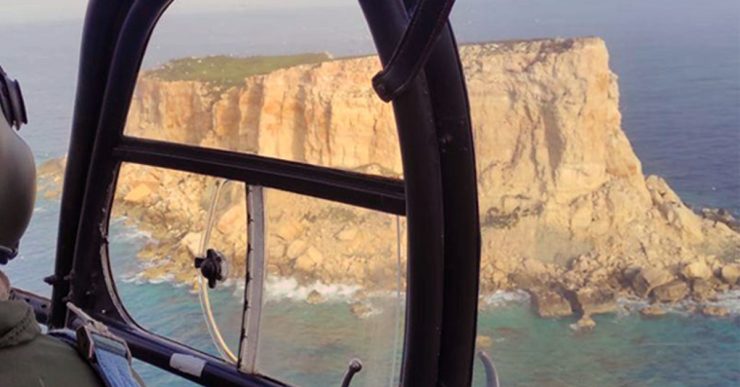 Researcher Manya Russo from Birdlife Malta has shared these amazing pictures of Filfla on her LinkedIn account. Of particular interest is the Armed Forces of Malta Aloutte III helicopter being used as a shuttle between Luqa and Filfla. MAviO News is informed that these flights have become a regular occurence with the AFM dropping off the researchers on Filfla to conduct their studies.

Historically, the only known permanent structure on the island of Filfla was a chapel built inside a cave in 1343. The latter mentioned chapel was destroyed in an earthquake in 1856. Until 1971, the Royal Navy and Royal Air Force used the island for target practice and spent cartridges from these bombardments can still be found to this day.

From an aviation point of view, Filfla last hit the headlines when in November 2011, a Socata TB-20 Trinidad which was registered in the US and based in Malta (N123XX), ditched close to the uninhabited island. The pilot, who was the sole occupant, was rescued by the Armed Forces of Malta while waiting to be saved in a dinghy.