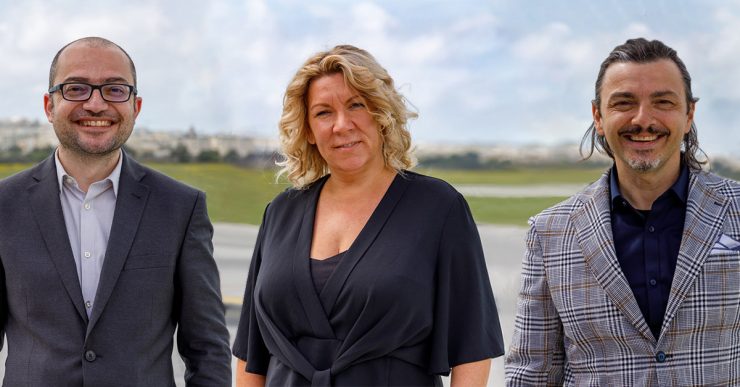 Dronamics, the Bulgarian company with satellite operations in London and Malta has just recruited two talented Maltese to join its ever expanding team. They are Dr Kenneth Chircop and Captain Julian Scicluna.

Dr Kenneth Chircop hardly needs any introduction having been CEO at Malta Air Traffic Services until very recently. He joins as Director, Global Network Operations Center. Dr Chircop has authored a number of publications focused on aviation engineering. He is also a resident academic at the University of Malta’s Institute of Aerospace Technologies and the Department of Electronic Systems Engineering.

Dronamics has also recruited Captain Julian Scicluna who has joined the company’s ranks as Director of Flight Operations. He has amassed over 16,000 hours of flight time and was in the employ of Air Malta and Dragonair before his move to the cargo drone operator. He has flown both narrowbody as well as wide-body aircraft and has gained valuable experience as a Training Captain on the Airbus A330.