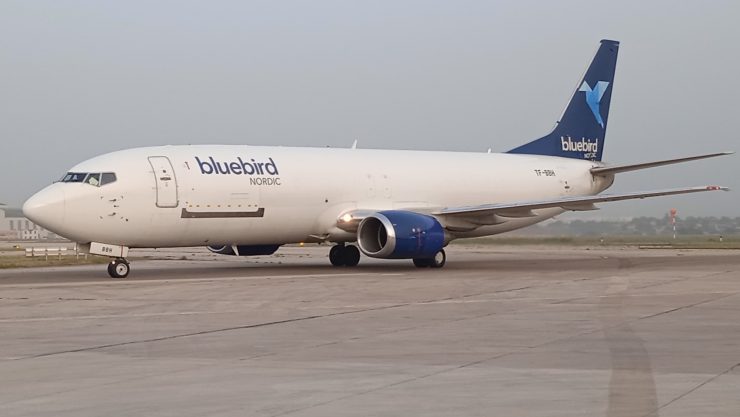 This Boeing 737-4YOSF registered TF-BBH of Bluebird Nordic Cargo is seen taxying into its stand at Malta International Airport earlier in the day after flying in from Cologne Airport as BBD504.

Bluebird will induct 3 Boeing 777 freighters within 24 months into its fleet. Last year it had also revealed plans to acquire up to twenty-five (25) Boeing 737-800 freighters. At present the company, which is owned by the Avia Solutions Group has seven B734F, one Boeing 733F and one Boeing 738F.

The induction of the Boeing 777F will be a quantum leap for Bluebird Nordic. The Boeing 777-300ER is the world’s largest twinjet aircraft.  As a freighter, it is capable of carrying approximately 100 tons of cargo and is generally considered the most economical long-haul freighter available.